Unanimously praised by the panel of judges, the graceful and elegant Cindy Wu was crowned   Miss Chinese Vancouver 2021. The art and design instructor with a double degree from the prestigious Parsons School of Design and a master's degree from the Royal College of Art has represented Canada in various international painting competitions. She once auctioned her work to fund water development and construction in areas of Africa suffering from extreme poverty, with the ambition to bring unity among people using her artwork. In the two-minute talent performance at the Final, Cindy likened herself to the gentle yet persistent historical character Mulan whom she portrayed with charcoal. Not only were her artistic skills impressive, but the symbolic meaning behind the art was even more vivid.

This year’s adoption of a completely new hybrid format featured physical and online components. The Miss Chinese Vancouver Pageant 2021 has brought firm belief and endless hope for eight courageous and gorgeous young ladies to shine and share their individual stories at this dazzling annual spectacular event. Through a series of training and online courses, the girls were blessed with the opportunity to challenge themselves while regaining the feeling of togetherness among one another. Although there were bittersweet moments, tears, and laughter, every minute of their journey documented the transformation and growth of these adventurous girls who dare to dream. The grand finale integrated the essence of Eastern and Western cultures. Be it image styling, stage design, or the artistic presentation of performances, the profound meaning of the theme "Time to Embrace" was manifested throughout the show, allowing you, the audience, to experience the beauty of the world as it is time to emancipate from obstacles and embrace each other once again.

In strict compliance with the health and safety guidelines, the organizing committee invited a small number of distinguished guests to participate at this extraordinary event. The charming emcees, including the sophisticated and modest Fred Liu, the humorous Brian Chiu (BChiu), and the young and charismatic Chris Yuen, formed a hilarious trio injecting laughter and joy to the show. It was a great pleasure to have Dr. Dayan Huang from the emergency department of Vancouver General Hospital; Miss Hong Kong Maur Yeung; Management agent of famous Asian Hollywood actors Mr. Andrew Ooi; Winner of Hong Kong's Ten Outstanding Young Persons Selection, Mr. Matthew Lui; and multimedia specialist and early childhood educator, Miss Tracy Chen as the honorary panel of judges to nominate the champion and winners of various awards this year.

Following the round of applause from the crowd, the lovely and vivacious finalists made their grand entrance in bright, colourful swimsuits. The vibrant dance moves paired with the brisk and romantic Mediterranean music set off the intro to this year's Pageant. The 8 finalists ignited the stage with poise and charm! Immediately after, the big screen was turned on, featuring each contestant's self-produced introduction from multiple perspectives. The girls were subsequently posed with a series of fun rapid-fire questions to test their wits. While maintaining a leisurely manner, the girls provided an answer instantly without hesitation, triggering laughter and excitement to the guests below.

After the enthusiasm and glamour, the stage was transformed into an artistic arena. The girls shared their previously recorded videos onscreen, capturing the most sincere feelings of their own and delineating the evolution of their live performances. In the blink of an eye, an East-meet-West cultural excellence was demonstrated through stunning, fast-paced drawing, gentle and touching vocals, energetic hip-hop, and original Chinese dances. In addition, various musical instruments were played, including the guitar, harp, and clarinet, transcending the attending guests to a small concert hall. Cheering in the audience was also Gloria Tang, former Miss Chinese Vancouver Pageant and Miss Chinese International, who made a surprise appearance to boost the girls’ confidence!

In an elegant cocktail dress, the finalists’ intelligence was tested in the most anticipated Q&A segment. Aligning with this year's East Meets West theme, the candidates were challenged with the task to fully understand different traditions in the world and integrate other cultural concepts into Canadian society. Though the bar was raised, the contestants were not deterred but able to confront with ease instead.

The magical night went by in an instance, reaching a sentimental and touching moment when the Miss Chinese Vancouver Pageant finalists emerged in a refined cheongsam to reveal their deepest emotions. Each of them responded to a question they had prepared for themselves three months before the start of this once-in-a-lifetime voyage.

The 2021 Pageant was meticulously designed to embrace every minute of the full journey, including the first meeting with the judges. Both funny and tearful moments from the first encounter, to the judges' harsh criticisms, to the girls' immediate reactions were inserted into the final TV program. On top of that, a team of quick-witted DJs joined in with their comments while supporting their favorites. It was indeed a novel experience for viewers across Canada to enjoy the Pageant as a reality show!

Undoubtedly, the special presentation by the renowned music master and producer, Mr. Richard Yuen was the cherry on top of this fantastic finale. Richard has created countless popular masterpieces in the music industry for decades. Together with young local artistes and musicians, a series of significant numbers were rearranged in an ensemble using Chinese and Western musical instruments, including the piano, guzheng, erhu, violin, guitar, and flute. Coupled with the amazing vocals from singer-songwriter Duck Lau and singing artistes Dionne Phillips and Athena Wong, a divine musical entertainment was staged. Setting off the show's climax, the finalists paraded on stage for the last time that night accompanied by the classic “Chasing” from the legendary Leslie Cheung.

After careful deliberation by the panel of judges, the Organizing Committee is proud to unveil the results of the Miss Chinese Vancouver Pageant 2021. The winners for each award are as follows:

Congratulations to Cindy Wu on her success. We look forward to Cindy's many more contributions to the community and hope that Cindy will continue her effort in helping to achieve a harmonized world as Miss Chinese Vancouver 2021.

The Miss Chinese Vancouver Pageant 2021 returns to the grand stage this year by adopting an entirely new hybrid format combining the essence of physical and online components. After engaging in more than two months of training and overcoming countless obstacles and challenges, the 8 finalists presented a mesmerizing performance in their best condition. After much deliberation by the honorary panel of judges, the Organizing Committee is proud to announce the top three winners as follows: 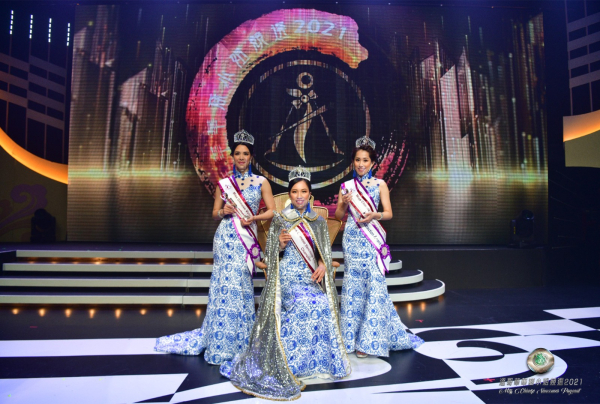 The titles of the champion, 1st runner-up, and 2nd runner-up are as follows: 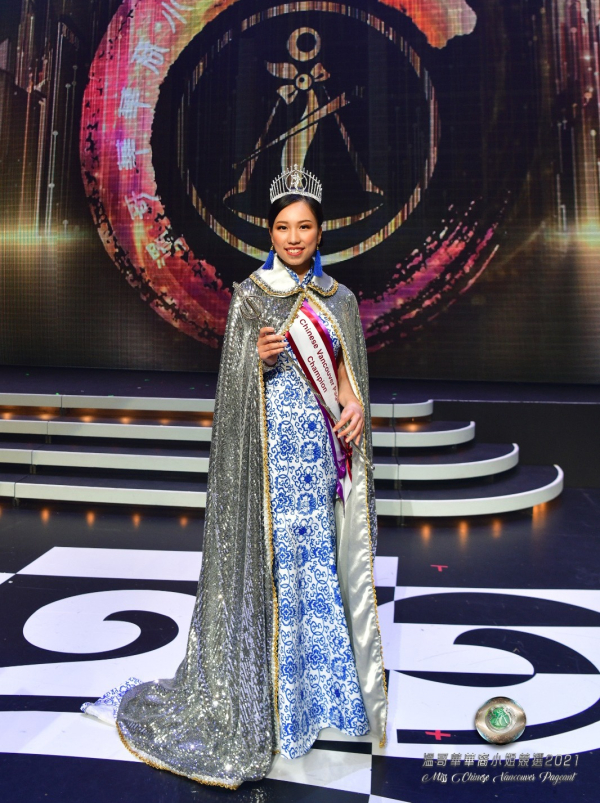 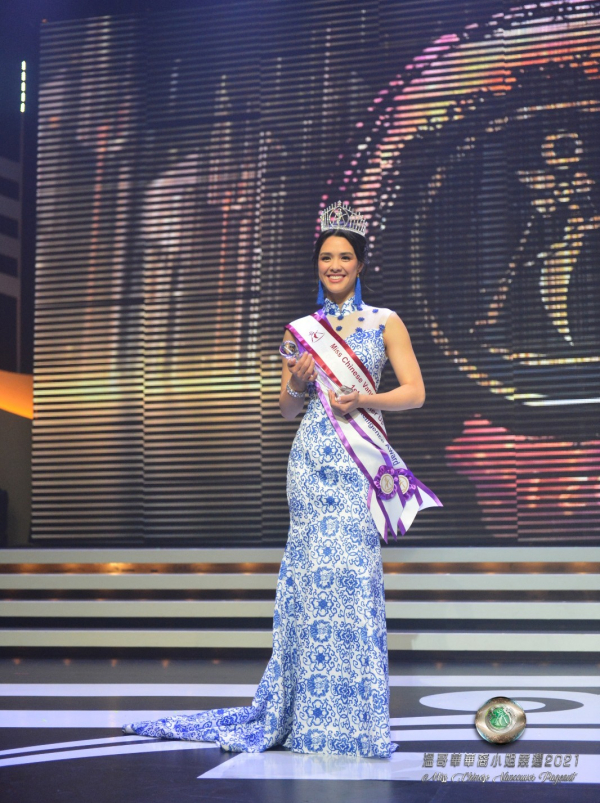 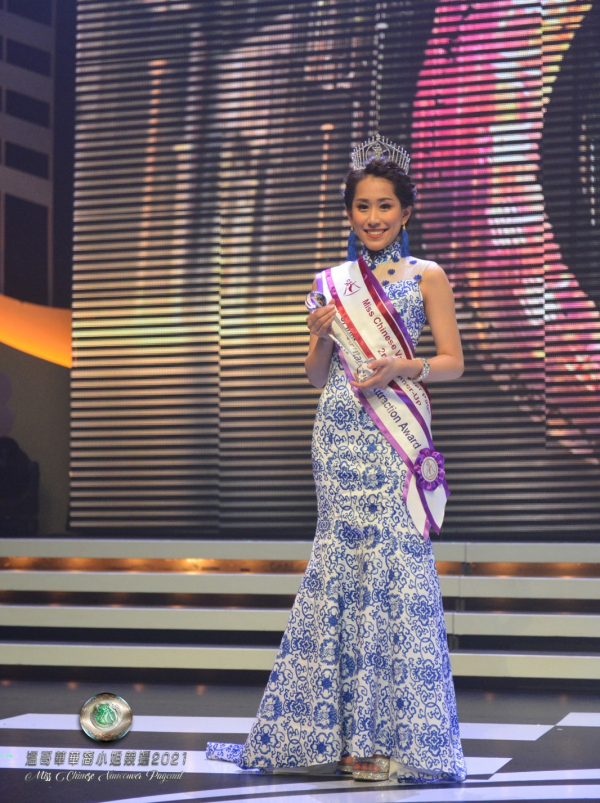 Congratulations again to Cindy Wu for capturing the crown! We look forward to Cindy’s loving contributions to the community. We also wish her success in embracing those around her and harmonizing the world by integrating Eastern and Western cultures. The Grand Finale will be broadcast on December 12th (Sunday) at 8:30pm on Fairchild Television channel 1. We invite you to commend each finalist for their extraordinary effort and witness the phenomenal accomplishments of all award winners.

From last year's predominantly online experience to this year's adoption of a completely new hybrid format combining the essence of physical and online components, Miss Chinese Vancouver Pageant 2021 brings firm belief and endless hope for eight courageous and gorgeous young girls to realize their dreams at this dazzling annual spectacular event. This year's theme "Time to Embrace" symbolizes the aspiration of the world at large in 2021. It is time to emancipate from obstacles as a result of isolation and resolve the disputes caused by ignorance. You and I look forward to embracing each other again, harmonizing the world and integrating the Eastern and Western cultures. 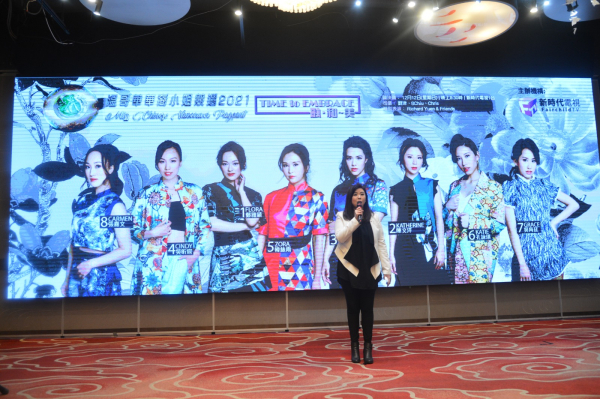 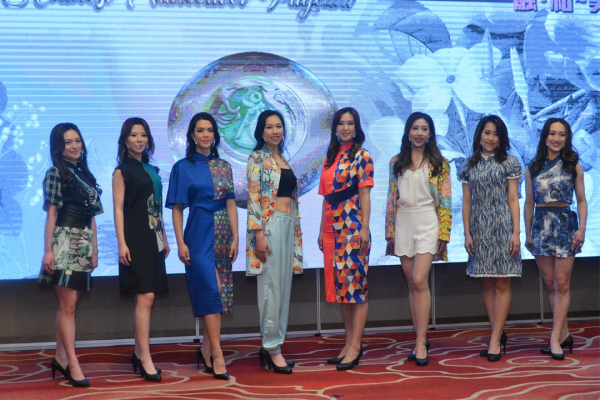 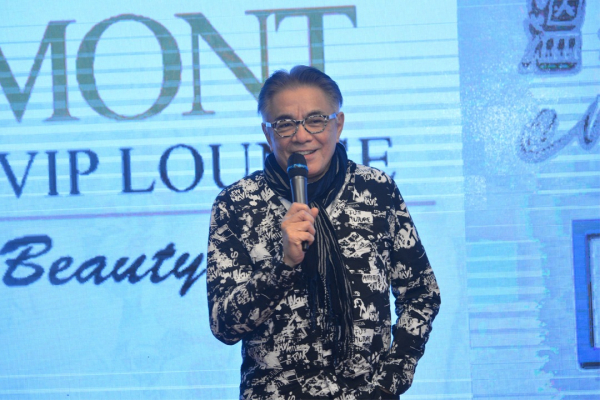 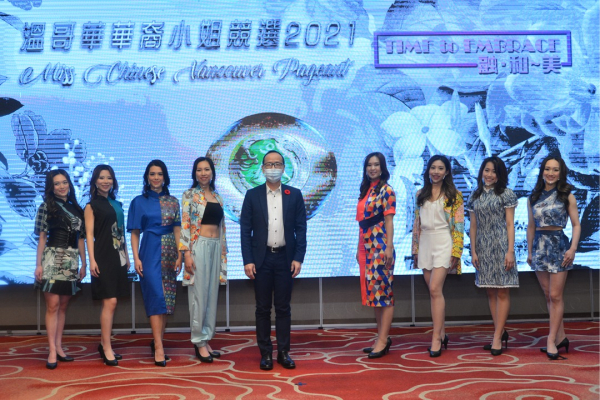 The Miss Chinese Vancouver Pageant 2021 contestants made their first appearance at the press conference today. Hosted by Mandy Chan, the press conference began by revealing this year’s emcees, the various awards, and the panel of judges. Afterwards, the eight confident finalists took the lead to introduce themselves onstage: No.1 Flora Trinh, the youngest among all with invincible youthfulness; No.2 Katherine Chen, diligent and full of passion; No.3 Yasmine Ross, Canadian born and raised in China, the best of the East and the West; No.4 Cindy Wu, the aesthetic dreamer who incorporates art into fashion design; No.5 Zora Han, the photographer who captures life through the lens; No.6 Katie Hung, the career woman of wisdom and beauty; No.7 Grace Wu, the special education teacher with a heart of innocence; and No.8 Carmen Cheung, the dancer who uses her skills as a bridge to communicate. The outstanding and elegant ladies will present the achievement of their great efforts on the highly anticipated grand stage. This year’s special guest, Richard Yuen shared a sneak preview of his performance at the final. To wrap up, the President of Fairchild Media Group, Mr. George Lee was invited on stage to deliver a speech. 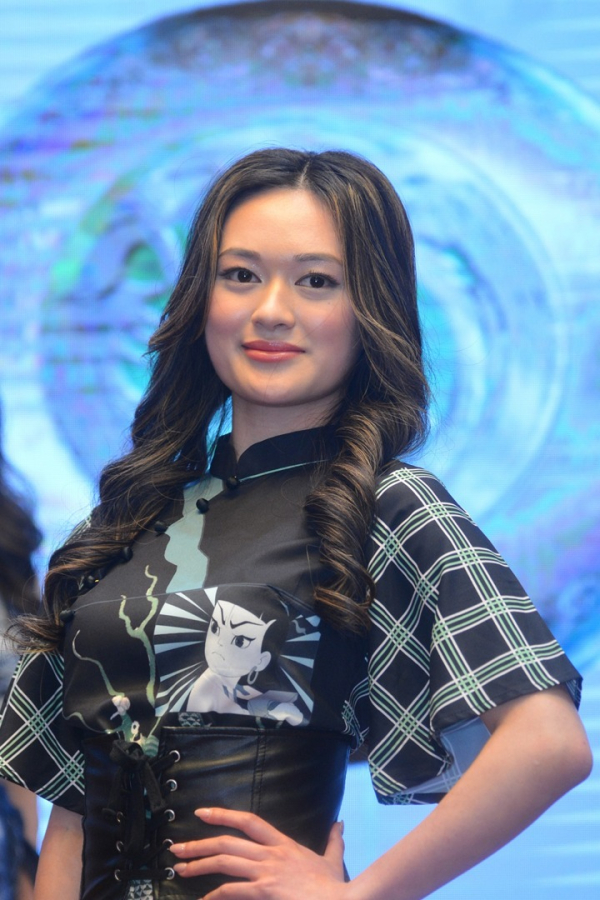 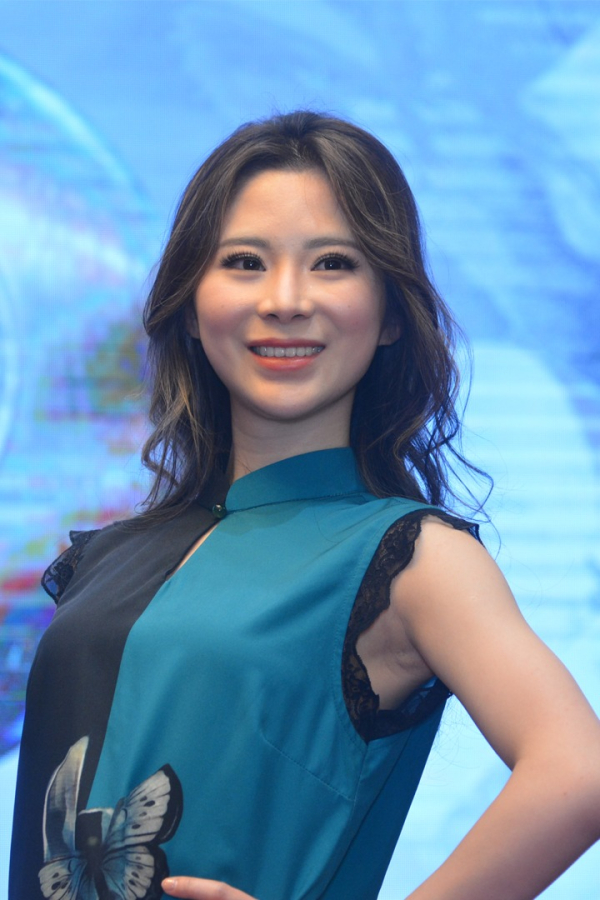 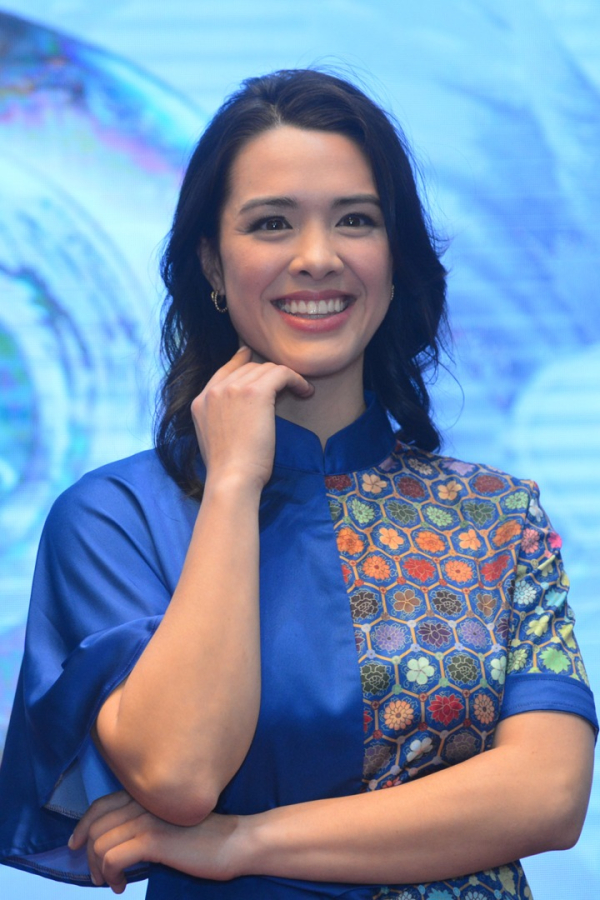 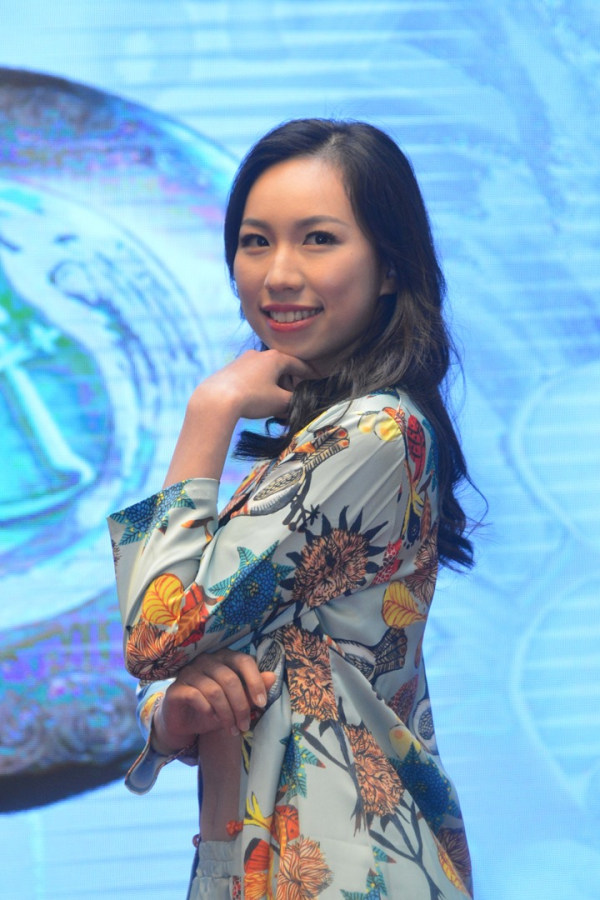 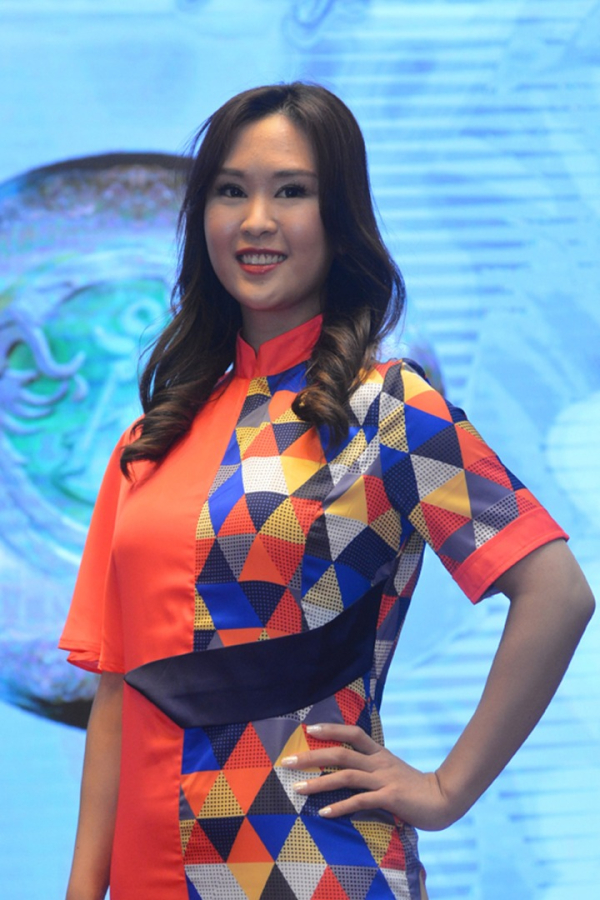 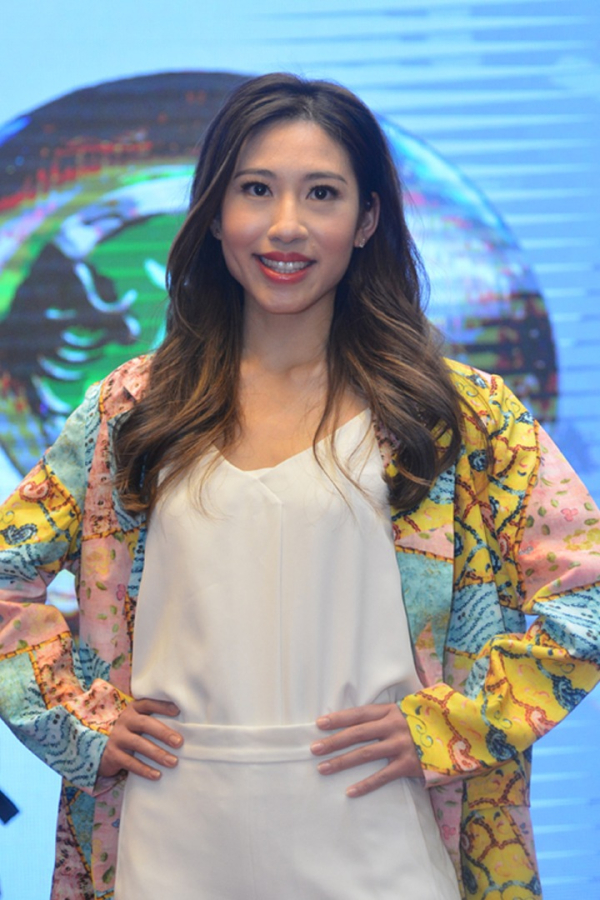 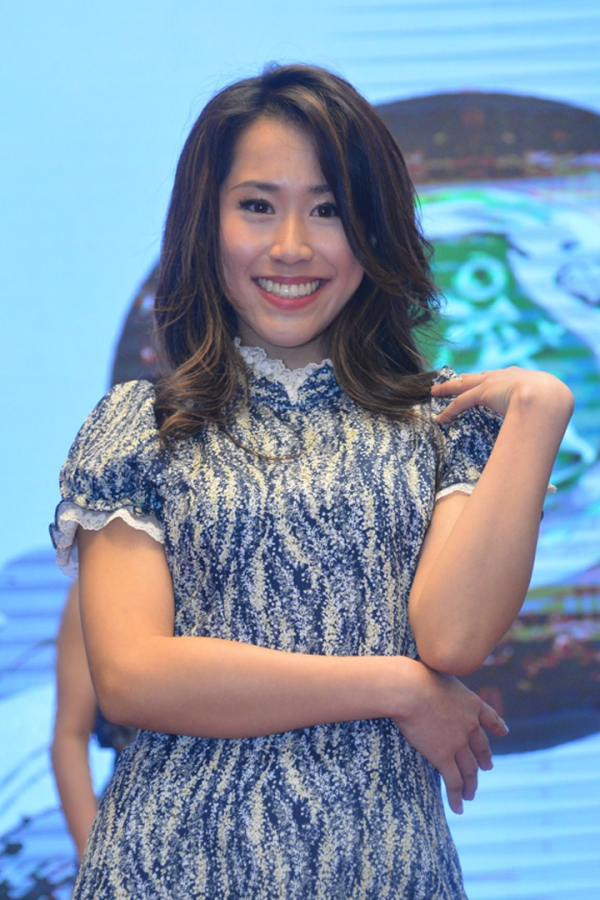 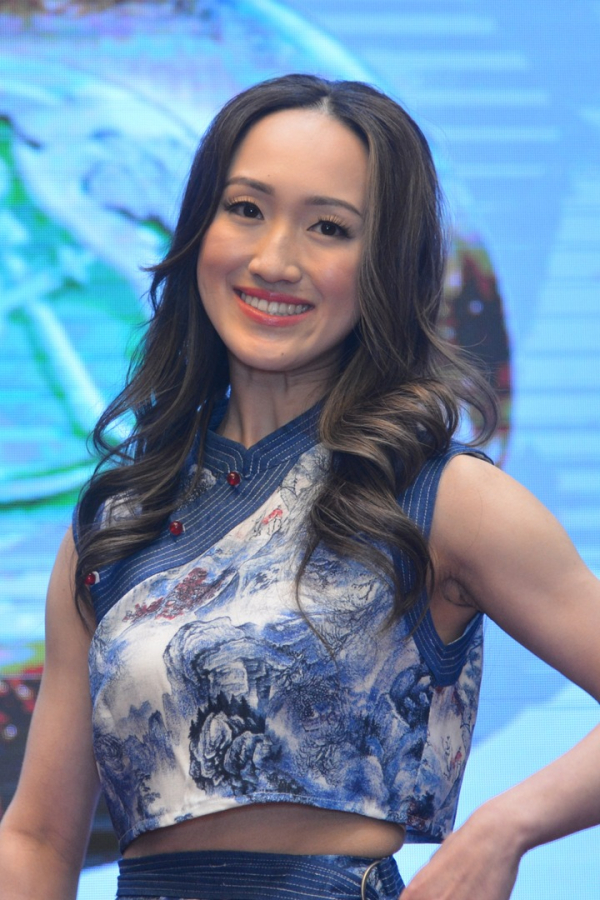 The press conference was streamed live on the Fairchild Television Facebook page and MCVPCanada's Instagram, attracting viewers worldwide to join in with the guests to appreciate the hard work and beauty manifested by the Miss Chinese finalists. With stunning makeup and a distinctive style, candidates were dressed in what seemingly appeared to be a western design but with Chinese details embroidered on each garment as a hint to reveal this year's “East meets West” theme. A touch of the same contrasting ideas will also be found on the set of the grand stage at the finale. As well, the three emcees this year, including the sophisticated and modest Fred Liu, the humorous Brian Chiu, and the young and charismatic Chris Yuen, will test the girls' wits by posing a series of fun rapid-fire questions at the final.

The organizing committee is honoured to invite the renowned music master and producer Mr. Richard Yuen as this year's special guest. Richard has created countless famous masterpieces in the music industry for decades. He has shortlisted a series of significant works throughout his music journey and rearranged the beautiful pieces with Western and Chinese instrumental elements to be delivered by himself together with young local artistes and musicians in an ensemble at the Miss Chinese Vancouver Pageant 2021.